Seriously, I have never seen a tribute who are on the same level as the original! I have seen 4 or 5 Green Day tribute acts over the last few years (ranging from crap to bang average). You guys totally blew all of them away. The attention to detail was spot on. After a few bars or the first song I knew you guys were the real deal. So much that I almost forgot that I was watching a tribute. I’ve never seen a 3 piece band sound so full, and that is testament to how much you boys love Green Day and love playing music. That above anything else is clear as day and is something you guys have over the real thing. My wife actually asked me ‘‘Do Green Day really need 5 or 6 members live when these kids can do it with just 3?’’. Which left me thinking, they wouldn’t if they were still playing clubs, but they’re a stadium band now ☹ The whole thing took me back to seeing Green Day live for the first time at the old Civic in Wolverhampton. Especially when you ripped through the early (and best) songs. Highlights included Brain Stew, When I Come Around, Pasalacqua (I’ve never seen a tribute play this song!). How you managed to keep your energy levels up enough to bang out Jesus Of Suburbia in the encore I will never know. The best tribute band I have ever seen, and I’ve been following the tribute scene for the last 20 years! I’ll definitely be seeing you boys again, hopefully in Cannock and the beers will be on me!" 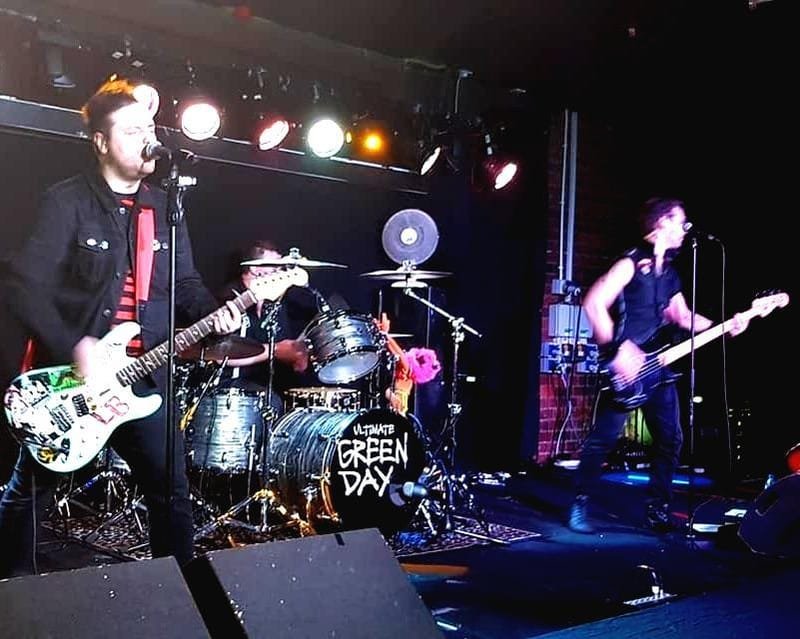 Ian The Punk From Brum

Amazing tribute band! The sound is so close to Green Day it’s unreal!"